Many places around the world are famous for something in particular. Sure, that “something in particular” can be generally considered clichéd these days but for most of us, seeing it is a guilty pleasure anyway. On the flip side, sometimes when you find out that the “something in particular” doesn’t actually exist anymore, you kind of feel guilty for feeling disappointed. In a way, I had this experience with Penzance, a town made famous for its pirates (ie. the comic opera by Arthur Sullivan and W. S. Gilbert). The smart part of me knew that of course there would be no pirates around to ransack Penzance while I was there but the silly part of me held out some hope that I’d see something pirate-y. 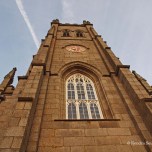 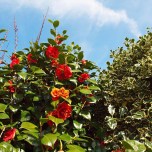 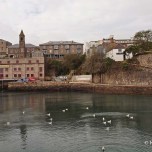 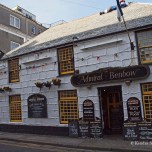 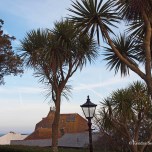 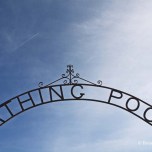 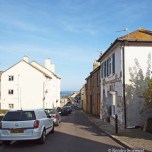 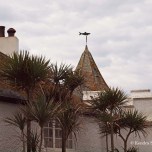 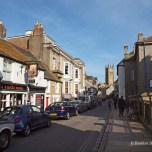 Penzance, a coastal town in Cornwall (England), has been a market town since about 1592 and has extensive experience with being raided and sacked. Yes, some of the raiders would have been pirates, but it also would have been foreign fleets such as the Spanish during the years where Spain and England had a bee in their respective bonnets about each other. Wandering around the town today, though, there isn’t anything to indicate such a history. This, to me, shows a difference between the English and the Americans. If Penzance was located in the US, methinks the town would be festooned with pirate items and tour guides with fake parrots on their shoulders and a patch over one eye selling boat cruises to “sunken pirate treasure in the harbour”. A Pirate Disneyland, if you will. I’m not saying England is always above such tackiness but they did admirably refrain from it in Penzance. 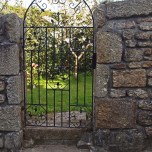 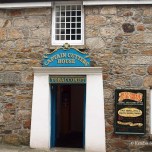 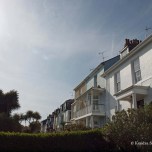 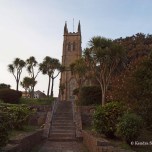 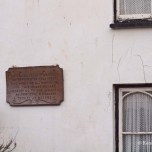 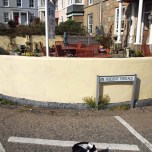 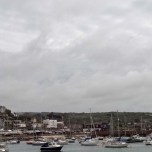 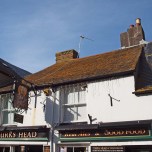 While my pirate soul remained unfed during a wander through this town, it was still very easy to see why people love coming here. In my mind, one of the main reasons to visit Penzance is for the architecture. Large parts of Penzance are classified as ″conservation areas” – while inconvenient to anyone who wants to do renovations in the area, it does mean that Regency and Georgian buildings are common in certain parts of town. There is just has a nice feeling in the atmosphere, wandering up and down the streets of the town. Branwell House, which used to be the home of the Brontë sisters’ mother and aunt is located in Penzance. And rather incongruously, there is also the Egyptian House which is actually not a modern gimmick but was built in 1830. 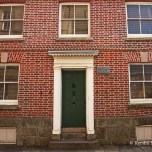 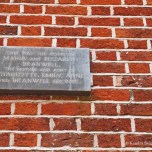 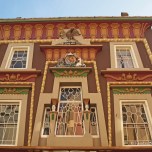 Being on the coast, Penzance also is known for the sea. There is a fairly long promenade along which you can stroll taking in the sea air or you can sit on a bench to people watch. Part of the promenade dates back to 1844 so you can be rest assured you’re taking part in something historical as well! Another reason folks visit Penzance is its proximity to St. Michael’s Mount, just off the coast. From Penzance, it is very cool to see this island castle framed against the horizon. Seeing it also helps stimulate the imagination in the direction of pirates, if you’re anything like me. So in the end, while there are no pirates of Penzance today, the town still has a lot to offer and is well worth a visit if you’re ever in Cornwall. 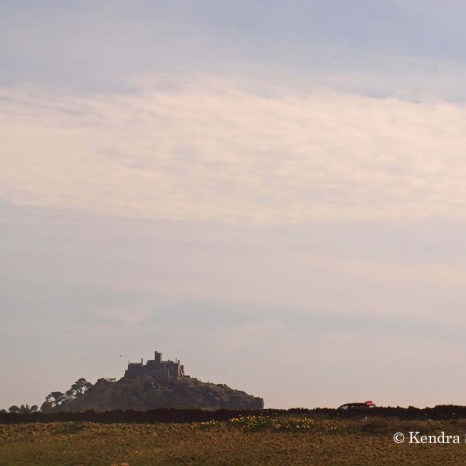 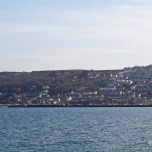 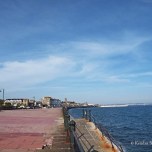 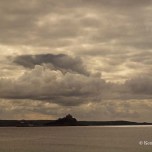 5 responses to “No More Pirates in Penzance”